You are here: Home › Poll: Ninety Percent Of Americans Declare That They Need Another Financial Bailout Due To COVID-19 Effects 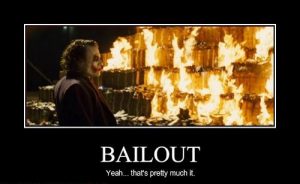 The financial effects from the fallout of COVID-19 are very serious in the US. While the US may be the “richest” nation in the world, proportionately speaking vis-a-vis other nations, the US is also highly indebted, since for decades her economy has been based on debt and consumption. This is one of the reasons why immigration is such a major issue, for the liberalization of immigration laws is not only about getting a source of cheap human labor, but it is also about brining in new bodies that can assume debt in the pyramid/”Ponzi” scheme that is called the current form of economics. I have discussed the cause and effects in various articles on Shoebat.com.

Thus when COVID-19 struck/was used to cause economic chaos (as the truth seems to be a combination of these two factors, the resulting employment crisis and job losses overturned the barely-maintained “stability” of millions of people, forcing them from the “middle” classes to the poor classes, and making the poor even poorer while the wealthier became even more wealthy.

The first “bailout” given was helpful to many people, but with the employment crisis still going, I and many others warned that it would be only a matter of time before another round of “stimulus” was going to be needed to keep people from losing their homes completely, not to mention paying bills or buying food. Now the Financial Times reports that in a new study, ninety percent of Americans surveyed say that another financial bailout is needed to prevent disaster.

Americans are becoming increasingly pessimistic about the US economic rebound, with almost 90 per cent saying Washington needs to pass a new stimulus package to mitigate the fallout from the coronavirus pandemic.

The growing concern about the economy, detailed in a new poll of likely voters for the Financial Times, comes even as Americans increasingly believe the country has turned the corner after the spike of infections this summer, which forced several states to slam the brakes on reopening plans.

The monthly survey for the FT and the Peter G Peterson Foundation found that more than 60 per cent of Americans believe the outbreak — which has killed almost 200,000 people in the US — is either staying the same or getting better in their local communities, the most optimistic outlook since the summer outbreak began.

But that optimism has been tempered by renewed fears about the country’s financial situation, with 42 per cent now saying they were more worried about the economy than public health — a 9-point jump from a month ago. (source)

It is very easy to talk about how Americans are responsible for their behavior and state of affairs, and this should not be forgotten or underemphasized, as personal responsibility is always important and tied to crises such as these, for these are not “market forces” as though they were some unknown series of mysterious things that cannot be controlled, but are the result of human greed. This can be from the citizens, or from business owners who encourage conditions that facilitate the worst of human behavior and make it so that it is almost impossible to live a ‘normal life’ if one opposes such things, and then to increase the effectiveness, to add shame and social pressure to the mixture, under which many people simply choose to submit rather than be viewed as a social outcast.

The fact is that while a lot of this happened under the Boomer generation (not to excuse the actions of other generations), the current decades of bad policies and bad actions has caught up with the nation as a collective whole. The COVID-19 outbreak was just the final “straw” that “broke the camel’s back” in a long process that was going to happen for fundamental reasons not related to the virus and was warned about for many years by many people.

Only a third of American voters think the US economy will fully recover within the next year, the same as during the depths of the summer outbreak and significantly lower than the 44 per cent who believed in April that a rebound would take less than a year.
bar charts showing increasing percentage of voters concerned about the economic fallout of Covid-19.

…because there is no recovery coming. I have said this over and over again and it is not because I want no recovery or to see people suffer, or to “prove” the “correctness” of my own views, but it is that until I see the issue of debt dealt with, there is no realistic point of talking about a “recovery” because to do that would be to put a bandage on a problem without healing the wound. The purpose of a bandage is to facilitate healing, but when used improperly (such as in this case) it only makes a wound worse.

The problem with the economy is the debt. This is the insidious germ behind the bubbling infection that has crippled the American economy. The debt either has to be paid or disowned. It doesn’t matter how it happens, but until that debt monkey is taken off the back of the public, there can be no improvement to social and economic conditions. This debt monkey in the government reflects the debt problems of individual people as well, since the government is just a mirror of the citizenry.

Essentially, what the last bailout did was the same as the government bailouts of 2007-2008, but instead of bailing out companies, it was individual people who were being bailed out, and just as multiple bailouts had to be used for corporations, the same will have to happen to individuals.

This is why the issue is more than just a simple lack of responsibility. Conditions for irresponsibly behavior and overconsumption were openly encouraged and supported by formal government policy, then the means of sustenance for those pressed to assume such crushing debt loads were taken away, and corporations got rescued (the largest factor in encouraging consumption), but the people were not. If “non-human persons” (the legal definition of a corporation) can be rescued, why not the common man, who is a real person and for whom companies are created and run by?

Most analysts and economists had expected a new stimulus package worth more than $1tn to be enacted in July, but over time their hopes have dwindled.

Now, with November’s presidential election looming, chances of bipartisan agreement on Capitol Hill are slim — especially against the backdrop of an already fierce debate over when to fill the Supreme Court vacancy created by justice Ruth Bader Ginsburg’s death last week.

The poll demonstrates the challenges facing Donald Trump and Joe Biden heading towards the November 3 election day, with both Democrats and Republicans facing new challenges to their prevailing campaign themes.

Because this is about politics, just as the original purpose for the debt crisis, liberalization of migration laws, abortion, and massive social changes of all kinds over the last sixty years were instituted, as none of these largely had to do with the good will of man, but were various attempts, sometimes couched in the language of doing good, to institute fundamental philosophical changes to the nature of society while extracting as much money and resources for as little as possible from the common man. This is also why there has been a ‘delay’ in getting these stimulus checks out to the people, for it is about aggravating conditions as much as possible and then providing a ‘relief’ so to act as a sort of false ‘benefactor’ when it is all being done for malevolent purposes. Ultimately, if one looks far enough (as this is a larger discussion for a future time), it is about seeking to start another global conflict in order to revitalize the economy through war in an attempt to recreate the post-WWI and WWII “prosperity booms” of the twentieth century.

But on the issue of debt an bailouts, it is likely that something will have to be done because the impact of the economic problems is getting very serious, and it is going to be an issue as the final month of campaigning continues on. Trump still holds the lead overall from Biden, but with an almost even split between people who believe their lives are better and worse under the Trump administration, it may be that Trump would benefit from literally printing more money to give to the public. People in danger of losing their homes and being unsure of what they can afford to eat this month generally do not think rationally, and tend to go with the person who promises them food and a sense of hope.

But all of this comes with a cost. As I have noted before, printing money solves nothing, because it only devalues the currency. This creates the conditions in which faith in the currency itself can be lost and a hyperinflationary scenario emerge. If such patterns continue and Trump is elected president again, his legacy may not be that he “Ma(d)e America Great Again,” but that he was the man who bankrupted the American Empire just like in so many of his previous ventures.

We Have To Abolish The Police To Save Black People From Systematic Racism
Vatican Asserts Catholic Dogma, Says That Those Who Choose Euthanasia Cannot Receive The Sacraments
Follow