You are here: Home › Not As Many People Are Working From Home As It Appears 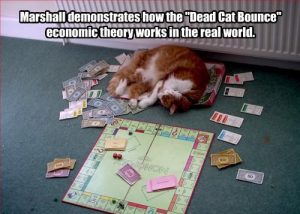 There has been a major discussion about people ‘working from home’ as a ‘new normal’, but how true is this? According to one study, the talk about working from home may occupy the minds of the public, but the reality is that it is happening a lot less than what it appears.

But it turns out not that many people are actually telecommuting. According to the Real-Time Population Survey from the Federal Reserve Bank of Dallas, only 24% of employed workers were working from home every day in August, while an additional 18% did so some days.

Even back in May, the first month the survey was issued and before many states began reopening, only 35% were working from home full time.

This is still well above the 8% of workers who were telecommuting before the pandemic, but it may be less than all the trend pieces implied. (source)

This is not a surprise, and even with the concept of working from home, one should not expect to see a major increase. This is because working from home, while it may be good and ideal for many people, is also not practical for the purpose of business because business locations are not just offices with computers.

In offices, like it or not, meetings and other kinds of business take place that require a physical, human presence. This is amplified even more by the fact that manufacturing facilities cannot bring heavy equipment to one’s home- people have to be physically present at the work or job site to get the work done that is required. The same can be said about many jobs. Thus the ability of the ‘work from home’ revolution, while it is real, is actually a lot smaller than it appears or is being presented as.

White workers and those with college degrees are far more likely to be working from home. In August, 26% of White workers were telecommuting every day, while only 9.4% of Black and 19.2% of Hispanic workers were doing the same.

Additionally, more than 1 in 3 (38%) workers with college degrees were working remotely, while only 1 in 10 employees with a high school education or less were doing so.

Many of the industries with the lowest share of employees working from home were those that usually don’t require a college degree — construction, transportation, and warehousing, and hotel and food services — while finance and professional services had the most people telecommuting.

…for the exact reasons noted above. These jobs- like most jobs -cannot be done from a computer or a desk solely, but require either a physical labor presence on a job site, or involve human interaction that must take place in a formal environment for specific reasons that a computer, no matter how powerful, efficient, or well-organized it may be, cannot act as a substitute for. This is a fact of life that no one can change because it is a product of the nature of the task conducted itself.

Likewise, this false type of ‘job revolution’ also factors into the ‘housing boom’ taking place right now, which is not really a ‘housing boom’, but a bunch of upper middle class and rich people from states like California, New York, and New Jersey bailing on their former states and most likely, the conditions they helped to create by their voting patterns to other states that do not have those problems because such people are not living there in large numbers to vote in such a away. It is a migration more likely to be compared with the phenomenon of ‘rats jumping off of a sinking ship’ in many cases, leaving the lower-middle class, working class, and poor classes in the tax-heavy and increasingly unsanitary messes created by decades of bad policies for the gain of a few at the expense of the many.

In other words, you are seeing an ‘pandemic housing boom’, but it is fueled by particular circumstances and not a true improvement to the situation of the common man. However, these small ‘bounces’ of prosperity are what people mistake frequently for ‘recovery’ out of a misplaced hope for improved conditions while the general trend is still negative and is going to remain such for the future.

What you are seeing happen here is how the phenomenon of the ‘dead cat bounce’ forms, because as I have noted before, the ‘dead cat bounce’ makes up the small increases in in prosperity that take place while the general trend is negative long term, for just as a bouncing ball bounces ‘up’ in smaller and smaller bounces before it completely stops, so does an economy have similar ‘bounces’ in prosperity while it is dead, for even a ‘dead cat’ will bounce if one throws it on the ground with enough force.

As a trend, we can say from this that there will be a relocation of rich people (and with it a partial tax base loss in some states) to other areas, and there will be more jobs that will be done ‘online’, but this does nothing to help the prosperity of the public or the economic situation. Do not be fooled by the reported ‘gains’ that will be paraded with much pomp, for such is a show meant to build support in a dollar that is in hospice care (for all purposes) and drive bond sales to keep the ‘ponzi scheme’ of the economic machine running as long as possible. Rather, the fundamentals have not changed, and keep to focus on them and know that eventually, any ‘gains’, just as with the last decade, will be exposed as losses, and the country will be forced to deal with the debt, at which point it will likely result in massive money printing that will destroy the value of the dollar and the savings of many while allowing those who enabled the current situation to happen the license to get a political pass while the rest of the country suffers.

So ignore the acolytes of false prosperity, keep to the basics, and focus on the long-term, as eventually the truth will have to come out.

What If A Christian Made A Similar Comment?
The Leader Of The Catholic Church In Lebanon Confronts Hezbollah, And Declares That A Government Cannot Be Established In Lebanon As Long As Hezbollah Has Weapons And Excessive Influence Over The Government
Follow