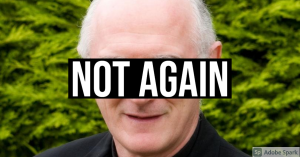 Shoebat.com has pointed out that there is a major crisis in the Church that has been building up for decades and beginning in the early 2000s was finally exposed, which is the infestation of numerous sins among the clergy, a reflection of problems that exist among the laity, involving the sins that cry to Heaven for vengeance as well as basic issues of faith and morals. It is not that the Faith has changed, but that the supermajority of leaders and followers have gone astray. The last time this happened on a comparable scale was the Arian crisis of the 4th century, and much like the Arian crisis then, the central problem is the denial of God’s role in history and the elevation of man in his place to a new cult of a deification of the person to the detriment of God and, daresay, thinking that man may have replaced his creator.

Ireland, one of the most ancient Christian lands, has been one of the nations at the center of this crisis globally. She has tremendous problems, and the Church is in an awful state in her. However, just as with the rest of the world, the problems are ongoing of the above nature. Such has just been demonstrated as the new archbishop of Dublin has openly declared his support for same-sex unions and female clergy, both things that are abhorrent to the Catholic faith at a dogmatic level.

The new archbishop of Dublin, Ireland, Dermot Farrell, has come out in favor of female deacons and blessing rings for homosexual couples, while simultaneously attacking traditional Catholics.

Pope Francis’s new appointee as archbishop of Dublin, Farrell, was most recently the bishop of Ossory in the south of Ireland, after having being moved to that post by the Pope in January 2018. Farrell is also the finance secretary for the Irish Bishops Conference.

In an interview given to the Irish Times (the full text of which has been reproduced by the Catholic News Agency), Farrell signaled the direction into which he could lead the Archdiocese of Dublin in the future, particularly with regard to female ordinands: “I think that the big issue for women priests for me is that the two pillars of our faith and the Church are scripture and tradition and the biggest barrier to that (women priests) is probably tradition, not the scriptures. That’s the hurdle that has to be overcome.”

After initially expressing his reticence about the possibility of women priests, Farrell then gave his personal view on the matter of deacons.

“Would I like to see women deacons[?] I would,” he said. “Women have almost preserved the faith in the church, certainly in this country and probably beyond. They were the ones who handed on the faith or took the responsibility for handing it on. Our mothers were very important in terms of teaching and prayer. They were the ones, more than the fathers.” (source)

This is the world we are in. As goes the Church, so goes the world, and if the Church is in a mess, the world will follow. Given what is known about how neither of these issues is either dogmatically permitted, and in the case of the former, was the cause of so much pain and suffering for so many, that there are still clerics promoting sodomitic behavior suggests that man refuses to act, and in doing so may inadvertently force the hand of God to respond, and in the Old Testament, when God responds in this way, it is often with suffering, especially with war as a punishment for sin.

Make no mistake, war is coming if trends to not change, and so far, there are no signs that they are going to.