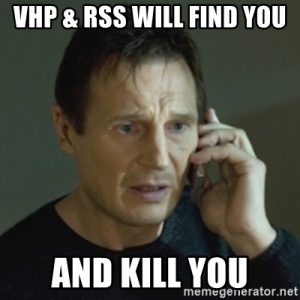 Islam is an evil religion. However, two things must always be remembered, and that is, that one does not fight evil by endorsing another evil in its place, and that Muslims are people who have the ability to change their minds. Any opposition to Islam therefore is not answered by political solutions, and any political solution cannot take place until the appropriate spiritual solution is applied, as politics is at best a secondary consideration and will naturally follow.

In the case of India, this is a lesson for all to pay attention to, for while there are a lot of Muslims in India, the country is majority Hindu, a religion that worships blood and soil and is one of the worst forms of ancient paganism. While Islam is evil, one cannot “stop Islam” in order to see Hinduism rise, because that will not bring peace, but heinous violence and bloodshed. Allah may be a false god, and its concept so far from the one true God that it is a separate god alltogether, but to its credit, it retains at least the nominal framework given by Christianity, for as St. John of Damascus, who lived in the 8th century and worked for the Umayyad Caliphate wrote and was later paraphrased by the writer Belloc, Islam is but the culmination of Christian heresies. Hinduism cannot even claim this, but is more in common with the darwinistic views espoused by satanism where right comes from might.

Shoebat.com has covered the fighting in India over a centuries old mosque, known as the Babri Mosque, that Hindu nationalists claim was and if they get their way, which they are working at, will become the Ayodhya Temple to the Hindu god Ram. According to Arab News, Indian Muslims are in fear as Hindu nationalist groups, such as the VHP, are raising money to build the temple following victories in court.

Muslims in India fear a new wave of sectarian tension amid a controversial fundraising campaign to build a Hindu temple in place of a centuries-old mosque in the eastern city of Ayodhya in Uttar Pradesh.

The 16th-century Babri Mosque was claimed by both Hindus and Muslims. After decades of conflict, the Supreme Court ruled in favor of Hindus in 2019, allowing them to build a temple on the site where the mosque had stood.

The mosque was torn down by mobs mobilized by the now-ruling Bharatiya Janata Party (BJP) in 1992, which claimed that it was built at the birthplace of Ram, a major Hindu deity.

The destruction of the mosque sparked nationwide violence that claimed the lives of more than 2,000 people, mostly Muslims, and set the tone for sectarian tensions that continue today.

Last week, the World Hindu Organization, known locally as Viswa Hindu Parishad (VHP) — an affiliate of the BJP — launched a 45-day nationwide campaign to collect donations for the Hindu temple, including the Muslim community in its efforts.

“There is a palpable sense of anxiety among Muslims in the region,” social activist Abrar ul Haq, from the Basti area of Uttar Pradesh, told Arab News on Tuesday.

“Experience tells us that Hindu activists rally in a Muslim locality in the name of a campaign and shout provocative slogans to incite people. This leads to tension and violence,” he said.

“Muslims want to forget the temple debate, but the divisive campaign by Hindu groups makes them anxious.” (source)

Shoebat.com has said that a major trend to watch will be violence from Hindu nationalists against Muslims and Christians. According to reports that we have detailed and you can find in the Shoebat archives, the nationalist are preparing for their own naziesque ‘race war’ in which they intend to massacre the Christians and Muslims in the name of Hinduism to create a ‘pure Hindu ethnostate’, known as the Bharat, and enforce Hinduism as the religion and law.

While the world looks at China and her treatment of Christians, and the US complains loudly, the reality is that India is as bad or worse and has been for a while, and the US is not saying a word because she wants to use India in a major war against China. As such, she wants her on ‘her side’ as much as possible, and if this means that many Christians will die, the US does not care. The treatment of Christians in Iraq should be sufficient proof of this, as what Islam could not do in fourteen centuries the US accomplished in fourteen years, which was the permanent and irreversible genocide of the Christian community dating back to the days of St. Thomas the Apostle.

Look for a trend of greater violence against Christians in India, and to this, if one has friends in India who are Christians, prepare to help them in the future, as the situation is likely going to become very difficult for many people and may be no different than what happened last century in Germany, except this time in India.