You are here: Home › Harriet Tubman Likely To Be On $20 Bill 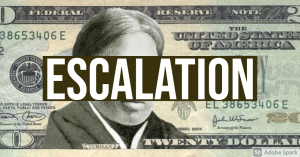 Biden spoke of it, and there are more discussions that Harriet Tubman, the famed anti-slavery activist and historical persona, is going to be on the $20 bill as a replacement to President Andrew Jackson.

The Biden administration has said it will seek to push forward a plan to make anti-slavery activist Harriet Tubman the face of a new $20 bill.

A note featuring Ms Tubman, who was born a slave in about 1822, was originally due to be unveiled in 2020.

The US Treasury said she would replace former President Andrew Jackson, a slave owner.

But the effort was delayed under former President Donald Trump, who branded it “pure political correctness”.

The move would make Ms Tubman the first African American to appear on a US banknote, and the first woman for more than 100 years.

“It’s important that our notes, our money – if people don’t know what a note is – reflect the history and diversity of our country, and Harriet Tubman’s image gracing the new $20 note would certainly reflect that,” Ms Psaki said on Monday. (source)

People can say what they want, but as Shoebat.com has noted the trend of escalation, this is something to watch or because of this.

Harriet Tubman is a fine historical figure. So is Jackson. Most bills ($1 with Washington, $5 with Lincoln, $20 with Jackson, $50 with Grant) have a president on them, and two are of people who have prominent roles in government ($10 with banker Alexander Hamilton, and $100 with Ben Franklin). However, Tubman’s placement is coming to the erasure of Jackson’s place, and because of the racially-charged nature of what much of contemporary politics has become on both the left and the right, doing this stands a chance of arousing the worst sentiments in people.

Already, there is discussion of plans to advertise their ‘disagreement’ by writing various words on said bills.

What this will do, in the minds of many, is to further cement the idea of conflict, and thus give more ‘justification’ for what may become the violent acts of some that escalate and result eventually in open conflict.

Report: US Poverty Rises At Fastest Rate In Fifty Years
Joe Biden Wants To Put A One Hundred Ban On The Deportation Of Illegal Immigrants, A Federal Judge Then Shuts Him Down
Follow