You are here: Home › Stores Close And Robots Rise 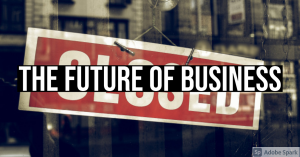 CNBC broke out bad economic news today, but nothing of surprise here at Shoebat.com, which was foreseeing this trend for a long time, of at least ten thousand stores closing because of economic issues related to the current pandemic.

One retail research and advisory group predicts as many as 10,000 stores could be closed in the United States this year, which would set a new record, as the Covid pandemic continues to take a toll on the industry and companies rethink how many locations they can sustain.

10,000 closures would represent a 14% uptick from 2020 levels, Coresight Research said in a report released Thursday. Coresight also forecasts that retailers will announce 4,000 store openings in 2021, driven by growth from grocery discounters and dollar store chains.

Last year, in the thick of the pandemic, Coresight predicted in June that there would be as many as 25,000 closures announced by retailers in 2020. But it ended up tracking just 8,741, along with 3,304 openings. That was a deceleration from the 9,832 closures it tracked in 2019 — the highest number Coresight has seen as long as it has been following retail closings and openings.

The reason for the large gap between the final tally and its initial prediction, Coresight said, was because some companies have been “holding out for an upturn in store-based sales.” Many retailers have also been able to buy more time by reducing their rents and striking deals with their landlords to be able to stay open a little longer, it said.

“In 2021, the rollout of [Covid] vaccination programs should result in a partial recovery in store-based sales,” Coresight CEO and founder Deborah Weinswig said. “However, these programs may take many months to reach a wide base of consumers.” (source)

At the same time, the Hindustan times points out that orders for automated robots, driven by AI, to staff warehouses are coming in from companies at all-time highs.

This follows, as I reported earlier, on the trend of 2020 being the worst year in recent history-since 1946 -for the US economy.

What we can see happening here in real time are a combination of trends that I have discussed for a while based on fundamentals, but are becoming simply more obvious.

COVID has been used as an excuse to destroy many businesses by pulling out their feet from beneath them by way of the debts that they stand on. Unable to pay their debts, they inevitably collapse. This leaves only the largest of the large companies left who take up the rest of the excess business, such as Amazon and Walmart. The rest just suffer and go away, or exist but on a very small scale and allocated to very select regions of the country or an area.

While these companies will hire more people, there are only so many jobs to go around. Without other venues in which to employ people, job unemployment numbers increase, meaning that the common man cannot pay his bills, meaning that he is stressed, and that he cannot spend like before, his lack of spending causes stress to other businesses, which stresses their creditors. Some businesses, in the name of making more profit and as seen above, use robot labor to drive down their costs, but at the expense of the human beings in their society, worsening the above mentioned problem.

The trend to look for will be continued unemployment, impoverishment, and general discontent among the people. If another crisis, such as a food shortage, was perhaps also thrown into this, it would create absolute chaos and only further the trend.

This is not to say that chaos lasts forever. An equilibrium must be maintained. But if the trends continue, then they all lead towards war as the only factor to bring about equilibrium.

2020 Was The Worst Year For Economic “Growth” Since The End Of World War II
Game Stop, Speculators And The Manipulation of the World
Follow