You are here: Home › Waiting On The Third Check 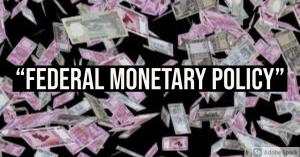 First there was one check. Now, a second check. But not to worry if a third check will come, for as CNET news reports, there are already plans from the upcoming Biden administration for a third simulus check, similar to the $2000 stimulus check proposed by Trump and was recently voted down.

Will the US see a third stimulus check? The IRS and Treasury are hurriedly sending out a second stimulus check to millions of qualified people from now until Jan. 15 — that’s a deadline you should know about — but there’s already talk of a third payment. President-elect Joe Biden committed to the concept of another stimulus check as part of a larger COVID-19 relief package than the stimulus bill President Donald Trump signed on Dec. 27.

“This bill is just the first step, a down payment, in addressing the crisis — crises, more than one — that we’re in,” Biden said Dec. 22 in the last days of negotiation. When asked by a reporter if a future package would contain the third stimulus check and how much money he would seek, Biden said, “That’s a negotiating issue… But it will, yes, it will.” (source)

This check will come, because it HAS to.

I have made this point before, and will keep making it, which is that because of the nature of money printing, since in order to prevent collapse, one must keep the “money wheel” turning until the system itself breaks down and naturally stops.

I do not believe that there will be a “collapse” in 2021. I believe things will econmically deteriorate, but I have yet to see hard evidence, economically speaking, of hyperinflation happening immediately. It is still a reality and it is most likely going to happen- based on the example of history that I have pointed out many times before, and noting how the US is not an exception to the rules of history. But having noted this, Such disasters do not last forever, because order must always be restored. If anything, it is about the collapse in the value of money and the most likely repegging of the currency to a new currency (a new dollar) at a discounted rate. Either way, the “savers” lose.

For now, expect money printing to continue, because it is the only real political solution. This is going to persist indefinitely until it cannot be done any longer, for the greatest ‘money printing’ is not going to be handouts to the citizenry, but as Alan Greenspan famously said, it will be printing the US deficit to ‘pay’ her creditors, and because the US debt is the largest in history yet she controls the printing press of money, the destruction of US wealth does not nearly hurt the US as much as it does here creditors, who essentially gave her goods of value and received worthless by way of devaluation US dollar bills in return while allowing the US to clear her debts and start over with a fresh debt slate.

It could not be a more clever plan, but also an economically destabilizing one, and as goes economics, so goes politics, because when all other solutions fail, war is ultimately the policy tool chosen to settle disputes between nations.