You are here: Home › Have Computer, Will Travel 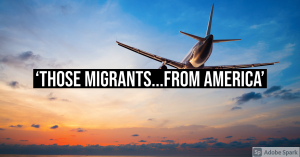 Do you have a computer? And do you work from it? If those answers are both “yes”, and your job is considered to be ‘above average’ for income levels, then the world just may be a place for you to work it, for as the Internet has enabled people to transcend geographical boundaries, ‘e-work visa’ as the Wall Street Journal reports, are becoming a growing trend for people in Western nations, who increasingly are heading east.

Attaining the expat lifestyle once meant finding a job in a distant land or bouncing around on short-term tourist visas. Now, a growing number of countries are allowing you to take your current job to a distant land, with a little bit of paperwork. A decade from now, the immigration barriers and tax deterrents to globe-trotting could be looser.

In the past year, countries hungry for more tourists and talent—from Estonia to Bermuda to Georgia—have rolled out special temporary visas (some valid for a year or more) to lure well-heeled, mobile professionals looking for an exotic escape from the routine.

Consultants who work with companies and expats say these so-called digital-nomad visa programs are an experiment in propping up commerce and tourism by tapping into the economic power of wanderlust. The pandemic’s toll on economies and international travel has spurred more nations such as Costa Rica and Croatia to consider the visas for economic growth.

If the visas work to stimulate economies, “we think other countries will jump on the bandwagon,” says Dave Cassar, chief administrative officer at Virginia-based MBO Partners, a provider of support services to self-employed professionals. (source)

This is an interesting trend, but I believe it is a part of a greater trend taking place that in spite of the advancement of the world towards war, may signal a coming ‘brain drain’ to the western world.

It seems to be that power right now is shifting away from the Americas and back to the ‘old world’. This does not mean that the US will be irrelevant, or even an insignificant or useless power. However, the rise of Europe and Asia- Eurasia for lack of a better term -and strengthened by multiple attempts to rebuild the ancient Silk Road (be it the “Belt-and-Road-Initiative” or the NATO-Turkish routes) are uniting the “old world” in a way not seen since Roman times. This is the future, and it is coming fast.

As such, with the rise of increasingly divisive politics, difficult economic circumstances, and having the ability to travel and ‘work from anywhere’ for many jobs, those people who work online or even who are a combination of flexible, adventure-seeking, and intelligent may find better job prospects overseas. Hence, there is a chance that just as people in the Americas complain about “Mexicans” and “Hispanics” or other races “taking American jobs”, one might fight the same phenomenon repeat in Asia and other parts of the world as “those Americans” and “those Europeans” begin to “take Asian jobs” in their own migration.

This trend is already seeing serious growth in Thailand, for example, where many of the racially-based laws on the rights of “foreigners” as well as property ownership are being challenged by the massive growth of an expat community couples with intermarriage with ‘native Thais’ and settling down in the country to form families.

It’s not about just working overseas. It’s about the potential for a new ‘wave of migration’ heading from the West to parts east, and it could significantly reshape politics, economics, and culture for the future, remembering that while there is a serious chance of a major global conflict in the future, all conflicts eventually pass, and what matters more is how the world looks after such a conflict and what effects this will have on the lives of others.