You are here: Home › Canada Moves To Decriminalize More Drugs 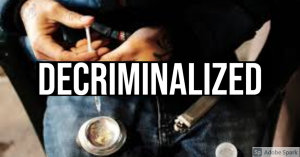 One trend to watch that I have discussed here on Shoebat.com is the move to decriminalize and legalize drugs of all kinds. It is happening in the Western world, but it is a global trend for all nations that while varying from nation to nation, is happening and will be important to watch. In another piece of news about this, Canada is now moving to decriminalize a host of drugs with the expressed intention of combatting addictions as Reuters reports.

Canada’s federal government is considering decriminalization of the possession of opioids and other illicit drugs in its efforts to tackle a spiraling overdose crisis, a government official said this week, even as data show the number of charges rising.

Prime Minister Justin Trudeau’s Liberal government is facing pressure to rein in drug overdoses, though it has previously downplayed decriminalization.

Vancouver has asked the federal government to exempt the city from part of the Controlled Drugs and Substances Act, decriminalizing the possession of small amounts of drugs within city boundaries. A spokesman for Health Minister Patty Hajdu said on Wednesday that decriminalization was under consideration and that discussions with Vancouver were under way but would not comment further

That could subject people caught with small amounts of drugs to fines or mandatory treatment.

Canada’s opioid toxicity death rate for the first half of 2020, 14.6 per 100,000, was the highest since national data began to be collected in 2016, according to the federal government.

“The idea that we’re kind of becoming more tolerant isn’t borne out by the data,” said Neil Boyd, director of the School of Criminology at Simon Fraser University.

The COVID-19 pandemic has disrupted illicit drug supply chains, making for a more toxic supply; it has also lessened supports and driven people to use alone, health advocates say.

Health Canada’s move to discuss decriminalization “comes at a time when the overdose crisis in our city has never been worse,” Vancouver Mayor Kennedy Stewart said in a statement Wednesday. (source)