You are here: Home › Violence In The Capitol And Lots Of Questions 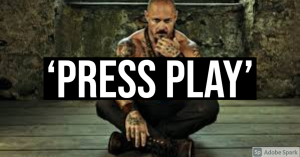 Today was quite the day. There have been protests, the first time ever that the US Capitol building was “broken into”, and lots of chaos. Trump has been suspended from twitter and had some tweets deleted that you can read here. He also had a video deleted that you can see below.

Ivanka also had tweets deleted after praising the protester/rioters.

Now that the capitol police are clearing the building, and with one woman being reported dead following having been shot by police, Likewise, tweets are flying online to the phrase of “delete his account”, with people asking Twitter to delete Trump’s account.

Now as these protests happened, there were several thoughts that went through my mind.

Why were these protesters allowed to break into the capitol? I say allow because there is no other way that such could have happened. It’s an issue bigger than metro police, because this is the nation’s capitol, and it is surrounded by military installations. One would think that if this was an actual emergency, that the military would have been called in to disperse the protesters, but that is not what happened. Instead, they were allowed to walk around the capitol building and wave signs and generally make a small mess.

This isn’t normal. Historically speaking, when a government institution is sacked by a real group of invaders or protests, it gets burned or horribly destroyed, and it can force changes in government policy. That is not what happened- instead, there were a lot of good media optics, but nothing that makes real sense.

Why were there people waving obvious flags for incendiary purposes and talking about Christianity in an obnoxious way? In addition to the people carrying the “Stars and Bars”, it has already been noted that a large cross was raised outside of the building by the protesters, and once inside, one can see a man carrying what appears to be a sign with a quasi religious-political quote on it and the notorious “flag of Christianity” (an American Protestant endeavor) into the Congressional Chamber at :05.

Why have the police been so calm, it seems, to clear out the protestors too? There were tense moments, but most of it seems to have gone very slow. One would think if this was a real ‘invasion’, the military would have cleared it out instantly and left behind the protestors as a pile of bodies. I’m not commenting on what should nor should not be done, but rather, the nature in how the matter seems it is being currently handled.

What did these protests accomplish, other than to anger people on both political divisions, furthering the left-right divide? Democrats, having control over the branches of government, will be more likely to take repressive tactics against ‘extremism’, which will have direct and negative consequences on civil liberties and rights, and it will further leftist violence. The right wing will just be emboldened by this, and the more that people express disagreement with #MyPresident, the more that many will rally if not to Trump, then to extreme political causes on the right in the name of ‘taking the country back’ and ‘fighting the left’.

There is no winner in a situation like this, because all that happens is that people will be hurt- sometimes killed -and the power of government will grow at the expense of the citizens. That is all. Nothing was won today, but if the purpose was to further entrench people in their already held views and incline both sides to serious violence in the future, it was a success, because this is what it is going to generate.

What I can take away from this is that everything looks like a strategy of tension, with both sides being polarized by using outrageous, brazen examples of public disorder in order to get people’s attention and divide them.

Don’t fall for the tactics. Avoid all of it, and most importantly, more so now than ever, it is not the time to ‘get involved’ in politics, but to stand down. There is no winner in a competition between two evils, as both sides are such, and in a second part to this piece, I will discuss how there is evidence showing possible involvement (but not officially confirmed) of potential agents to cause the current chaos that may be working with the government. Again, I emphasize that I do not know this for sure, but that certain patterns have appeared that have been seen in other areas before, and it would be unbalanced and not in the interest of balanced, open conversation to at least mention it.

If the 2020s are going to be, as Shoebat.com predicted, a decade of escalation, we are certainly off to a start in that direction.

The Jeffery Epstein Of France: Read About The Major Right-wing Pedophile Network That Raped And Exploited Tens Of Thousands Of Children
The People Who Stormed The Capitol Building Are Not Good Americans Who Are “Fed Up”, But Fanatic Terrorists
Follow