You are here: Home › Rheinmetall Contracted By Bundeswehr To Provide Classroom Training For German Navy 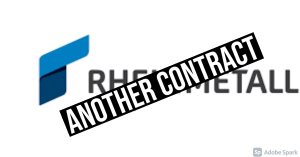 Germany continues to remilitarize, and as a part of this, she is growing her capabilities in different areas. Naval Technology reports that as a part of developments to her naval sector, Rheinmetall has been contracted by the Bundeswehr to provide classroom training for the German Navy

Rheinmetall has been contracted for the delivery of an Asterion classroom solution to train the maintenance personnel for the German Navy’s NH90 NTH Sea Lion helicopter.

Under the contract, the company will also provide Asterion software, desktop hardware, and tablets.

Delivery is expected take place later this summer and the solution will be installed at German Navy Naval Air Wing 3 at Nordholz Naval Airbase on the North Sea coast of the country.

The digital Asterion classroom is an integrated, holistic training concept and features a soft panel cockpit with touchscreen and a mission control console.

The simulation technology Asterion is used to provide training as it accurately replicates the complete behaviour of the helicopter’s functions.

As part of 18 NH90 Sea Lion naval transport helicopters already ordered by the German Bundeswehr, seven of them have been delivered. (source)

Now I want to be very clear, Shoebat.com does not give financial advice. That said, I am pointing out Rheinmetall again because the meteoric rise it consistently shows with Bundeswehr contracts and the prominent spot it occupies as well as the incredible diversity of services for military operations it offers is something that would be foolish to overlook. Rheinmetall seems, from all of the companies surveyed, to have the greatest potential to evolve into the next IG Farben in a major global conflict.

Keep a very close eye on Rheinmetall, both in the news and even the stock market, as there is a strong chance their value will continue to long-term rise as Germany takes an approach to the world and Europe that is increasingly militaristic.