You are here: Home › Italy Stops All Arms Sales To Saudi Arabia And United Arab Emirates 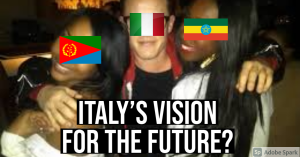 Saudi Arabia and other Arab nations are major purchasers of weapons from Western countries. However, Saudi Arabia is going to be short one customer as Italy has moved to halt the sale of thousands of weapons to the nation as Al-Jazeera news reports.

Italy has halted the sale of thousands of missiles to Saudi Arabia and the United Arab Emirates (UAE) due to their involvement in the Yemen conflict, making permanent an 18-month temporary suspension.

“Today I am announcing that the government has revoked the authorisations under way for the export of missiles and aircraft bombs to Saudi Arabia and the United Arab Emirates,” Italy’s Foreign Minister Luigi Di Maio said on Friday.

“[This is] an act that we considered due, a clear message of peace coming from our country. For us, respect for human rights is an unbreakable commitment,” said Di Maio, who did not mention Yemen but had referenced the conflict there when he ordered the initial suspension in July 2019.

Italy’s Peace and Disarmament Network, a campaign group, hailed the move as “historic” and estimated that it would see orders for more than 12,700 ordnance cancelled.

The blocked sales were part of a total allotment of 20,000 missiles worth more than 400 million euros ($485m) agreed in 2016 under a centre-left government led by former Prime Minister Matteo Renzi, the disarmament group said.

It “puts an end, once and for all, to the possibility that thousands of ordnance manufactured in Italy could strike civilian facilities, cause casualties among the population or contribute to worsening the already serious humanitarian situation”, the group said. (source)

This is an interesting move from Italy, especially since we know that a lot of the weapons going to Saudi Arabia, as the article notes, involve the Yemen conflict.

We know for a fact that Italy has a historic, imperial past in East Africa, which is right across the Red Sea from Arabia and Yemen.

We know that there is a major conflict in Tigray, and as I will explain in a future article, how the Tigrayan situation could easily pull all of NATO into that region.

We know that European nations want their empires back, badly, and as Bernard Connolly pointed out in 2009 and which Shoebat.com has repeatedly noted, has said they want to use major world crises to get said empires back.

We know that Yemen has been suffering horribly from abuse by Saudi Arabia, and it is one of the worst crises in the world and yet nobody will do anything about it.

I am saying that we are looking at something very interesting here. This may not be a move from Italy just because of a hatred of what Saudi Arabia is doing, but also because she may be preparing to, with the help of the US and NATO, make a stronger position in East Africa, and may use the Yemeni situation to help ‘push back’ on Saudi influence against her, or those from other Arab states in the Gulf.

While it does not mean this conclusively, one of the interesting places to watch for the future will be East Africa, as this could become the “balkan” conflict of the Biden administration.