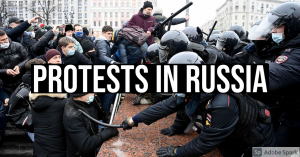 One of the trends I have watched is the state of Russia in decline and at a crossroads. The great eastern nation now stands at an important point in her history, following an almost century-long rape by the Bolsheviks from which she has never been able to recover. This is not to say that Russia does not have potential or hope, but that right now, barring a miracle (which is more possible than many would seem to think), Russia is dangerously walking down the same road, by choice, back to communism in her own version of MAGA, except this one being a Russian version. As such, we see Russia embracing the occultism masquerading as Orthodoxy of Dugin and his Eurasianist acolytes as well as the direct moves from the central government towards reviving old policies and rules not seen since the Soviet era.

However, all of the turn towards these measures is not nor is it going to help Russia, because the decline of that nation can be directly traced, in a political sense, to the Bolsheviks and their twisted plans. Russia may be the largest nation, but her population is well below that during the Soviet era and continues to decline through death, emigration (people leave Russia, seldom the reverse), and self-destructive behavior, and have far below the needed children to sustain her nation. Likewise, she is seeing a massive influx of migrants as low-cost labor from Central Asia that is causing a major demographic and even a religious shift towards Islam. Orthodox Christianity, as I have pointed out, it is a major crisis in Russia between its absolute subversion by the government as a tool of nationalism, to the non-practice of many youth and people who are able to have children, to the fact that there is a tremendous homosexual problem that is simply covered up but festers actively within the ranks of the clergy. Drug use, African-tier HIV rates, suicide, drunkenness, rampant poverty, difficult to comprehend levels of corruption among the oligarchy, and general disorganization create a nation that is more attuned to at the current time in history of LARPing as a superpower than actually being able to act as one.

There is a tremendous amount of stress in Russia that could break the nations from here lands east of the Urals, which would cause the collapse of the nation as her power derives from Siberia and Central Asia. In response to pressure, Russia has attempted to turn more autarchal, which is her traditional strategy. However, the question remains as to how long this can be maintained given current technology and the interconnected nature of the world.

It is of interest then that right now in Russia there are many protests about the arrest of Aleksy Navaly, the only real ‘opposition’ political candidate to President Putin who survived what all factors strongly suggest was a target for assassination by the Kremlin as the Wall Street Journal reports.

The protests that swept Russia this weekend in support of jailed opposition leader Alexei Navalny show the challenge President Vladimir Putin faces in managing social discontent ahead of parliamentary elections this year.

Saturday’s unsanctioned rallies were among the largest in recent years and saw tens of thousands of people brave freezing temperatures, the threat of the pandemic and the possibility of incarceration. Security forces detained more than 3,500 people—the largest number in at least nine years, according to independent monitors.

The protests have left the Kremlin facing a dilemma: Either bow to the pressure from the street and undermine its own authority by releasing Mr. Navalny or risk inciting more backlash and unifying the opposition by keeping him behind bars.

“There are few good options for Putin,” said Abbas Gallyamov, a Moscow-based political consultant and former speechwriter for Mr. Putin. “It seems like Navalny is attacking and the Kremlin is defending.”

Mr. Putin’s approval ratings have swooned in recent years amid a sluggish economy and protest activity. Observers say the Navalny demonstrations, if sustained, could pose a threat to Mr. Putin’s dominance despite constitutional changes approved last year that could allow him to stay in power until 2036.

The protests could “become the most prominent challenge for the authorities for all the 20 years of Putin’s reign,” said Tatiana Stanovaya, founder of R.Politik, an independent political-analysis firm. (source)

As I have said before, Navalny has many problems of his own, and I do not support him. Likewise, one should not think these protests are a wholly ‘organic’ thing, because they almost never are. What can be said is that, however, there are a lot of people, especially those under 30, who are very tired of the current state of affairs in Russia and can see where things are going, which is a very close veering toward the past.

Russia’s future, like that of Germany, is not a “bright” as it seems, but unlike Germany, she is extremely vulnerable, and no amount of strong language can hide this. The US has problems too, but not nearly those of Russia, who is facing the prospect of having her nation physically separate in a way not seen since the 16th century.

Much of Russia’s future depends on the path that Germany decides to take, as Germany is rising as a European power once again an has made clear her intentions to do this with the decline of the post-World War II world. The question will be is if Germany stays with the US and allies against Russia- which would be absolutely destructive for her -or whether a Molotov-Ribbentrop type agreement with Russia can be made and in doing so, would allow the two nations to divide Europe once again and arguably force the US not into submission, but to play a greatly reduced role in politics.

The Navalny protests are about more than Navalny or just the near-term future of Russia, but could be a part in a centuries-affecting change that is yet to be seen, depending on the course of world events, and are something to pay close attention to.