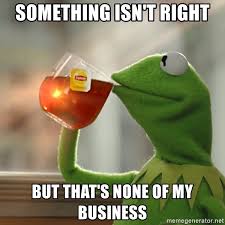 While Trump is touting his arguable business associate Leonard Schleifer by way of his company Regeneron, claiming that he was ‘cured’ by their vaccine in a few days and of which the company’s stock price has just so happened to increase, the major pharmaceutical-and-healthcare product manufacturer Johnson & Johnson has stopped trials of a COVID-19 vaccine after one participant contracted an ‘unknown illness’ according to CNBC.

The study of Johnson & Johnson’s Covid-19 vaccine has been paused due to an unexplained illness in a study participant.

A document sent to outside researchers running the 60,000-patient clinical trial states that a “pausing rule” has been met, that the online system used to enroll patients in the study has been closed, and that the data and safety monitoring board — an independent committee that watches over the safety of patients in the clinical trial — would be convened. The document was obtained by STAT.

Contacted by STAT, J&J confirmed the study pause, saying it was due to “an unexplained illness in a study participant.” The company declined to provide further details.

J&J emphasized that so-called adverse events — illnesses, accidents, and other bad medical outcomes — are an expected part of a clinical study, and also emphasized the difference between a study pause and a clinical hold, which is a formal regulatory action that can last much longer. The vaccine study is not currently under a clinical hold. J&J said that while it normally communicates clinical holds to the public, it does not usually inform the public of study pauses.

The data and safety monitoring board, or DSMB, convened late Monday to review the case. J&J said that in cases like this “it is not always immediately apparent” whether the participant who experienced an adverse event received a study treatment or a placebo.

Though clinical trial pauses are not uncommon — and in some cases last only a few days — they are generating outsized attention in the race to test vaccines against SARS-CoV-2, the virus that causes Covid-19.

Given the size of Johnson & Johnson’s trial, it’s not surprising that study pauses could occur, and another could happen if this one resolves, a source familiar with the study said. (source)

Who is Regeneron? A comparatively small-time company with ties to Trump, as compared to a corporate Behemoth like Johnson & Johnson.

Does one really believe that, in the span of about one week, Trump got this ‘miracle cure’ for ‘the pandemic’, from a man who just so happened to have personal and business ties overlapping with Trump?

Ask yourself, does it not seem odd that a company like Regeneron ‘gets it right the first time’, while a major company with serious data and power such as Johnson & Johnson is being cautious and talking about problems with their work on developing a vaccine?

Something does not seem right here, based on simple logic that would apply to anybody in the same case.

It was two weeks ago that ironically, Michael Moore was called a ‘conspiracy theorist’ for putting out the idea that Trump may be lying about his COVID infection claims. While Michael’s statement is merely an expression of a possibility, it may be true, simply because as years of experience shows, where there are too many questions and strange incidents and not enough answers, if often means that something is terribly wrong and there needs to be a further inquiry into the matter.

Whether or not Trump is sick is not a left or right issue. It is an issue of truth. With COVID-19 being a major trend that is affecting all other trends, and the trends toward lying in politics and the influence of this election on the future political cycle, it is of great concern to put the President’s statements and claims against those of a major company due to the tremendous and seeming difference in experiences with a vaccine between them.