You are here: Home › Satellites Are Using AI To Map EVERY SINGLE TREE On Earth 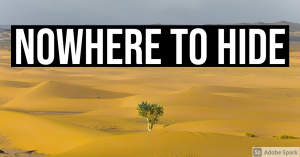 According to EuroNews, there is a fascinating project being undertaken right now, which is that scientists are using satellites and AI technology to map every single tree on Earth.

Scientists have mapped 1.8 billion individual tree canopies across millions of kilometres of the Sahel and Sahara regions of West Africa. It is the first time ever that trees have been mapped in detail over such a large area.

So how was it possible? Researchers analysed a huge database of satellite images using artificial intelligence. They employed neural networks which are able to recognise objects, like trees, based on their shapes and colours.

To train it, the AI system was shown satellite images where trees had been manually traced. This involved lead author Martin Brandt going through the arduous process of identifying and labelling nearly 90,000 trees himself, beforehand.

From these images, the computer learnt what a tree looked like and could pick out individual canopies from the thousands of images in the database. Brandt says it would have taken millions of people years to identify the trees without the AI system.

In a review of the research, commissioned by Nature, scientists at New Mexico State University wrote that “it will soon be possible, with certain limitations, to map the location and size of every tree worldwide” (source)

This really is a fascinating project, but beyond the scientific aspect is a much more concerning one, which is of power.

Think about it- has there ever been a time in human history when the whole world could be categorized, indexed, and sorted into manageable bits of data, with no place to hide?

If every tree is marked, in truth, there is no place for anybody to hide, anywhere in any part of the globe. The term that some use of “prison planet” is not a dream, but a reality, and thus the very tools that man used to help bond himself closer than ever to his fellow man are being used to enslave him. Yet where is he to run to?

This is not about trees, or even computers, but about a much larger trend, for if no man can escape this, how can man possibly attempt to save himself? Indeed, if he cannot, knowing that God ultimately wins in the end of all, and that God will step in to prevent the destruction of the human race completely, are we seeing as one of many trends a development towards something greater than what anyone has ever seen?

It is a very deep and amazing thing to ponder. The best counsel is not to argue over what may be, but to be ready with God for what may come.