You are here: Home › Report: Support For Sodomite Marriage At All-Time High 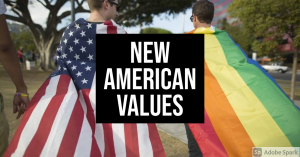 One of the trends that Shoebat.com has noted is that support for all things sodom is going to continue and increase as the Boomers pass away and the Millennials and Zoomers take power. Based on current projections, at least 75% of Millennials support sodomite ‘marriage’, while for a time, the national average stood at about 62%.

According to a recent study from Pew and reported on by CNBC, support for said marriage is now at an all-time high, reaching 70%.

Approval crossed the political divide, with majorities of Democrats (80 percent) and independents (76 percent) supporting same-sex marriage, and 50 percent of Republicans, according to the poll conducted by the Public Religion Research Institute (PRRI) in partnership with the Brookings Institution.

Religiously unaffiliated Americans were the most supportive, with 90 percent endorsing same-sex marriage.

White evangelicals stood out as the only denomination where a majority opposed same-sex marriage, 63 percent to 34 percent. Support decreased among this group, according to PRRI, which found 41 percent of white evangelicals supported gay marriage in a 2019 survey. (source)

This is not a new trend, but rather the continuation of an older one. What we are seeing are the effects of things instituted a long time ago come to realization.

Expect that if trends continue at the rate they are, it may become a crime to even express traditional and orthodox Christian views about the matter.