You are here: Home › JPMorgan Extends Tens Of Billions In Loans In The Name Of ‘Fighting Racism’ 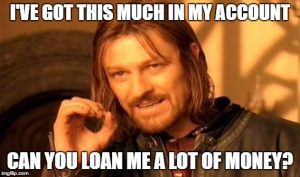 Racism can come in many forms. The obvious one that many people think of is the man who makes statements such as “[Group here] are [insult here]”. However, there are other forms of racism that are more insidious, such as the ‘racism of lower standards’ and the racism of, in the name of ‘fighting racism’, to use race as a reason to enslave people by other means. The latter is most commonly found in many ‘fair housing’ laws, which while made with good intentions, have the curious effect of enslaving people of all races in the lower economic classes under crushing home debts that further the cycle of poverty in the name of stopping racism. This is not to encourage discrimination, but rather to note the insidious trap of ‘fighting discrimination’ that is used to oppress people of all races, including those who are are the claimed beneficiary of such laws.

Another case of this seems to be happening now as JPMorgan, the infamous bank with a long history of questionable lending practices, has declared she will extend billions in loans to black and hispanic individuals and businesses in the name of ‘fighting racism’.

JPMorgan Chase said Thursday it will extend billions in loans to Black and Latino homebuyers and small business owners in an expanded effort toward fixing what the bank calls “systemic racism” in the country’s economic system.

The New York bank said it is committing $30 billion over the next five years toward programs that include earmarking more money for getting Black and Latino families into homeownership and providing additional financing to build affordable rental housing units.

“Systemic racism is a tragic part of America’s history,” said JPMorgan Chase CEO Jamie Dimon in a statement. “We can do more and do better to break down systems that have propagated racism and widespread economic inequality.”

In the immediate aftermath of the police killing of George Floyd, JPMorgan announced a commitment of $1.75 billion toward programs they said would help address racial inequalities. But since then, as protests have remained constant in some urban centers, there has been a push for banks to do more.

Citigroup announced last month it is committing $1 billion toward closing “the racial wealth gap” in the United States, including $550 million toward homeownership programs for racial minorities.

JPMorgan, which has $3.2 trillion in assets, said it expects the $30 billion to help finance 40,000 additional mortgages for Black and Latino households, another 20,000 loans that will refinance mortgages and help construct 100,000 affordable rental units. Additional funds will go to finance 15,000 small business loans to Black and Latino-owned businesses.

There will also be programs to place 1 million customers in low-cost checking and savings accounts, partly by opening new branches in minority-majority neighborhoods.

Black households are several times more likely to be what is known as unbanked, meaning they do not have a primary checking account with a traditional bank, or underbanked, where households still rely on high-cost financial services like check cashing, pawn shops and payday loans.

American banking still has a long way to go to fix the problems of the past. Banks large and small are still regularly cited for discriminatory practices, including allegations of “redlining” Black homebuyers. Redlining is a practice in which banks deny or avoid providing credit services to consumers because of racial demographics or the neighborhood where they live. (source)

This isn’t a racism issue. This is an issue of income. It’s pretty simple- if you don’t make enough money, no matter what race you are, you don’t qualify. This is for the protection of the lendee and the lender. Rather, using anything- race or another attribute -to remove protections on lending practices is very often a bad thing for everybody because it allows lenders to make dangerous loans to financially unqualified persons, thus prompting the Biblical warning that the ‘borrower is the slave to the lender’ (Proverbs 22:7).

It would be of interest to note what role the government has in potentially underwriting any losses on these loans that JPMorgan is extending, for the bank hardly (as with any bank) gives loans out of the goodness of charity.

But the overall trend from this is much the same as before, which is the continued impoverishment of poorer people of all races, except this time with even more debt that will be more difficult to pay than in the past.

It is another reason why one must be wary of loans and things done in the public name of ‘charity’, as those are too often used for insidious purposes.