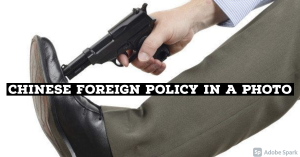 Trade wars tend to precipitate hot wars, and as China has been militarizing on her own and as a trend trying to exert regional pressure in Asia, she is now attempting to economically pressure the Austrailian import-export market by pressing her manufacturing sector to refuse to use Australiian cotton and coal ore according to Zero Hedge.

While the rapid deterioration in diplomatic relations between the US and China has been put on hiatus until after the election, at which point Beijing hopes that a Biden administration would promptly restore amicable relations between Beijing and DC, trade relations within the Pacific Rim region are getting worse by the day, with nobody getting more impacted by China’s desire to flex its muscles than Australia: escalating bilateral tensions have resulted in China’s “unofficially” asking cotton and ore traders to stop buying products from Australia.

As Rabobank’s Michael Every writes this morning, the “Australian press claim China is now no longer taking Australian cotton. It’s been all of a few days since we heard the same thing about Aussie coal, and weeks since we heard it about wine and dairy and beef and barley.”

This was confirmed by the SCMP later on Friday, which reported that The Cotton Australia and the Australian Cotton Shippers Association, in a joint statement on Friday, said that China’s National Development Reform Commission has been recently “discouraging” their spinning mills from using Australian cotton. Earlier, Beijing had also reportedly suspended ore imports from Australia.

Adding some complexity to the passive-aggressive trade war escalation is that there has been no official confirmation from the Chinese side over the issue. Also, the bilateral tensions triggered separate investigations by Beijing into Australia’s wine export and dumping allegations.

China is one of the most important destinations for Australia’s ore and wine, while total two-way trade between China and Australia was worth around A$240 billion (US$170 billion) between July 2019 to June 2020, according to the Australian Bureau of Statistics.

The ongoing tensions were triggered after Canberra started seeking a probe into the ongoing COVID-19 pandemic, caused by the coronavirus which a Chinese whistleblower has now confirmed was created in Wuhan. Similar demands have been made by the US and other western allies of Canberra, frustrating Beijing.

The demand led the Chinese diplomats in Australia hinting at “economic coercion” of Australian goods by Chinese companies.

“The Chinese public is frustrated, dismayed and disappointed with what Australia is doing now,” Chinese Ambassador Jingye Cheng had said early in April, responding to a question on Canberra’s probe push. The Cotton Australia and the Australian Cotton Shippers Association, however, asserted that their relationship with China “is of importance to us”.

“The Australian cotton industry will continue having meaningful conversations with stakeholders to fully understand this situation, and we will continue working with the Australian government to respectfully and meaningfully engage with China to find a resolution,” the statement added.

Finally, as Every concludes, “Iron ore is still safe for now, of course: but let’s see what happens when the new mega mine in Guinea comes on-line.” (source)

It is true that China wants to grow in power, but when she does attempt to assert herself, often times she end up looking very poor in the process. She does want to reduce dependence in certain areas of her economy, but it is often the way that China handles it that leaves people with a distasteful feel in their mouths that result in China not being liked and when she asks for help that people do not come to her aid.

China has made aggressive overtures to Australia many times, and the Australians- as with the rest of practically all of Eastern Asia -does not trust her. This trend of aggressive ‘assertions’ is likely to continue, and so will the growth in mistrust until when the time comes for China to really need assistance and there will be no one there who wants to help her.

Is The Biden Campaign ‘Up In Smoke’ Over A Series Of Business Deals And Laptop Photos?
The Harder The Media Attacks Trump, The Stronger Trump Becomes
Follow