You are here: Home › The Chaos Begins As Claims Of Voter Fraud Fly In Oregon 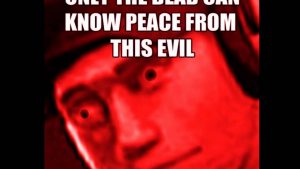 Shoebat.com predicted that a trend for the 2020 election would be massive claims of voter fraud, and unfortunately, it looks like that trend is already starting to happen as KTVZ news reports massive claims already coming in from Oregon.

AUSA Rice-Stitt has been appointed to serve as the District Election Officer for Oregon and in that capacity is responsible for overseeing the District’s handling of complaints of election fraud and voting rights concerns in consultation with Justice Department Headquarters in Washington.

United States Attorney Williams said, “Every citizen must be able to vote without interference or discrimination and to have that vote counted without it being stolen because of fraud. The Department of Justice will always act appropriately to protect the integrity of the election process.”

The Department of Justice has an important role in deterring election fraud and discrimination at the polls, and combating these violations whenever and wherever they occur. The Department’s long-standing Election Day Program furthers these goals, and also seeks to ensure public confidence in the integrity of the election process by providing local points of contact within the Department for the public to report possible election fraud and voting rights violations through election day.

Federal law protects against such crimes as intimidating or bribing voters, buying and selling votes, impersonating voters, altering vote tallies, stuffing ballot boxes, and marking ballots for voters against their wishes or without their input. It also contains special protections for the rights of voters, and provides that they can vote free from acts that intimidate or harass them. (source)

This is likely just the beginning. It is going to get a lot worse.

This election may go down as one of the most corrupt in US history to date, but since that is yet to be seen, it is to sit back and watch the political show once again.