You are here: Home › Report: Robots Threaten Up To 800 Million Jobs Around The World 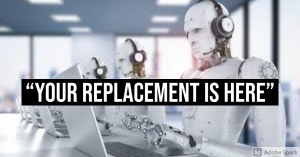 One of the trends that I have pointed out for the future is going to be the rise of robotics, artificial intelligence, and computers as a substitute for humans. This is already in practice but is going to become much more serious as the years pass on. One study cited by BloombergQuint points this out, saying that it found robotics threatens up to 800 million jobs around the world.

Advances in automation technology threaten a significant share of jobs in industries accounting for nearly a quarter of the global workforce, according to Bloomberg Economics’ estimates.

In a report released Tuesday, economists Ziad Daoud and Scott Johnson said that could mean as many as 800 million people face a high exposure to the risk of their employment becoming obsolete. The Gulf Cooperation Council, Czech Republic, Slovakia and Japan are most vulnerable to disruption from automation, they wrote.

That’s because those countries have a large segment of the workforce in the kind of simple, routine roles that can be most easily replaced by machines or already rely on cheap labor for tasks. Examples include clerical support in Japan or plant operations in central European nations.

Greater automation risks creating higher income inequality, the economists wrote. While robots were previously thought to threaten mainly low-skilled jobs, now they are seen replacing roles that can be broken down into simple mechanical steps instead. Those often fall in the middle of the income distribution, resulting in a polarization effect.

It’s not all bad news though. Some of the most-exposed countries also have rapidly aging populations, meaning the technology could help offset demographic headwinds in their economies, Daoud and Johnson said. (source)

Why They Burn Down Churches In Chile: Welcome To The Jacobin Mind
Report: One Million At Risk Of Going Hungry In New York City
Follow