You are here: Home › Former Google CEO: ‘Social Networks Are Amplifiers For Idiots’ 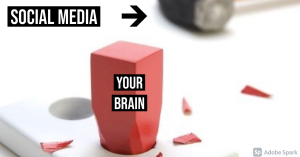 Former Google CEO Eric Schmidt is known for his share of controversies in many areas. However, according to a series of recent statements to Bloomberg and reported by way of Yahoo! Finanace, he said that social networks are ‘amplifiers for idiots’.

Schmidt, who left the board of Google’s parent Alphabet Inc. in 2019 but is still one of its largest shareholders, said the antitrust lawsuit the U.S. government filed against the company on Tuesday was misplaced, but that more regulation may be in order for social networks in general.

“The context of social networks serving as amplifiers for idiots and crazy people is not what we intended,” Schmidt said at a virtual conference hosted by the Wall Street Journal on Wednesday. “Unless the industry gets its act together in a really clever way, there will be regulation.” (source)

In a sense, he makes a point in that a social media network is sort of like a cafeteria food fight- the loudest and craziest tends to get attention. However, this is really the trend of democratizing political realities throughout all of human history except in a more publicly accessable way, going from being not just those who are propagandized to equal propaganda manufacturers at the same time.

The question here, is will this build upon the looming trend of censorship of sociel media networks themselves, and even the Internet? This is a looming issue and one is not sure if this is going to come right away, but that there is talk in the name of a sort of ‘objectivity’ to censor social media networks, that Schmidt’s comments are but an attempt to justify and further perpetuate this trend.