You are here: Home › Its Official: Pope Francis Supports Homosexuality And Demands That All Christians Accept Gay Marriage 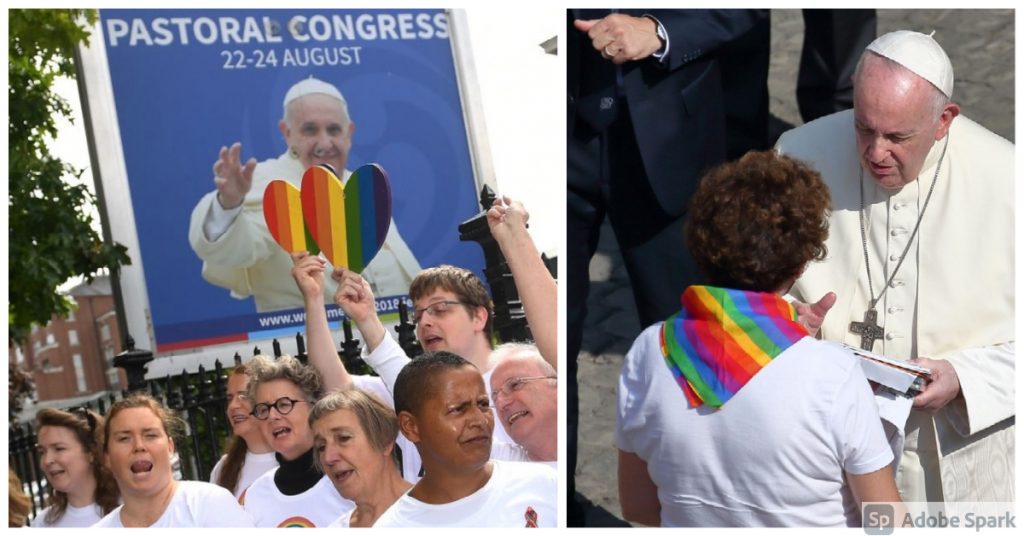 We may express anger at what Pope Francis has said, but I really don’t understand why we are surprised. Support for Sodom has been extremely common amongst Catholic priests, and not just this, common Catholic people are generally sympathetic to Sodom. One such layperson is Robert Spencer who called me a jihadists for believing in the Biblical prescription of punishment against sodomites. Let us look to the saints of the past to see what they said about sodomites.

“Sins against nature, therefore, like the sin of Sodom, are abominable and deserve punishment whenever and wherever they are committed. If all nations committed them, all alike would be held guilty of the same charge in God’s law, for our Maker did not prescribe that we should use each other in this way. In fact, the relationship that we ought to have with God is itself violated when our nature, of which He is Author, is desecrated by perverted lust.”

“When God commands a thing to be done against the customs or agreement of any people, though it were never done by them heretofore, it is to be done”; and when he wrote afterwards: “For as among the powers of human society, the greater authority is obeyed in preference to the lesser, so must God in preference to all.”  (Confess. iii, 8)

“A sovereign serves God one way as man, another way as king; he serves Him as man by living according to the faith, he serves Him as king by exerting the necessary strength to sanction laws which command goodness and prohibit the opposite.” (Augustine, letter 185, ch. 19)

“It was thus that Ezechias [Hezekiah] served Him [God] by destroying the groves and temples of idols and the high places which had been set up contrary to the commandments of God; thus Josias served Him by performing similar acts [see 2 Kings 23:1-25]; thus the king of the Ninevites served Him by compelling the whole city to appease the Lord; thus Darius served Him by giving Daniel power to break the idol, and by feeding his enemies to the lions; thus Nabuchodnosor, of whom we spoke above, served Him when he restrained all his subjects from blaspheming God by a terrible penalty.” (Augustine, letter 185, ch. 19, brackets mine)

King Josiah “brake down the houses of the sodomites, that were by the house of the Lord, where the women wove hangings for the grove” (1 Kings 23:7). But there is no King Josiah. There is no Christendom. Christendom is dead, and we have killed him.