You are here: Home › Prepare For The Great Christmas Slaughter 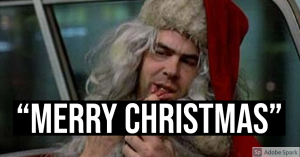 I have noted a major, major trend to follow for this year is the economic fallout from COVID-19, which will be felt strongest this Christmas due to the importance of the retail market and could absolutely destroy many businesses. Zero Hedge reported on this, saying that the disconnect between economic reality and hopes for the future of this Christmas spending are of major concern.

There has been the massive surge in shipments to and within the US, amid warnings of shipping capacity shortages, as companies are stocking up for the holiday shopping season because they don’t want to run out of merchandise, following record retail sales over the past few months, along with supply shortages.

Americans were spending their extra unemployment money and stimulus checks, and spending money on stuff that they didn’t spend on services such as vacations, flights, and hotels, and spending money they made working from home and in the stock market. The expectation in the industry is that this surge in retail spending would continue and lead to blockbuster holidays sales.

But now there’s the second major survey of consumer intentions that throws cold water on this thesis. Gallup asked consumers, as it does every year at this time, “Roughly how much money do you think you personally will spend on Christmas gifts this year?” The response on average was $805. That was down 17% from what folks told Gallup at the same time last year ($942), and the lowest since 2016 (there was no survey data for 2012), and the biggest year-over-year drop in the data going back to 2006.

This comes after the National Retail Federation had said last week, based on its annual October survey, that consumers on average expect to spend about $998 on gifts, holiday food and decorations, and additional “non-gift” purchases. This was down nearly 5% from the October 2019 survey.

The amount these folks said they’d spend on gifts was down just a tad from last year, and most of the decline in spending intentions came from non-gift items they’d buy for themselves or their families.

This 5% decline in consumer spending intentions for the holidays is in stark contrast to the 4% increase that the National Retail Federation found a year ago in its October 2019 survey. (source)

What we are seeing right now is a classic disconnect between marketing and reality, where marketing is trying to shape reality to the image it wants.

It is yet to be seen what will happen, but the trends right now do not look good for the future, and it is better always not just to spend money, but to save carefully and prepare for the future, since the overall economic consequences as a result of the debt are most likely and only going to get much worse.

Azerbaijan Accuses Armenia Of Atrocities After Twenty-One Civilians Are Killed
The US And Russia Fight To Court The German Shepherd, But Neither Wants To Be Bitten
Follow