You are here: Home › Catholic Diocese With A Troubled History Gets A New Bishop 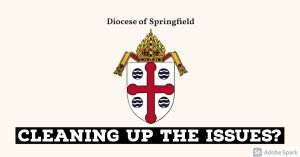 One of the most infamously corrupt archdioceses in the Catholic Church in the United States is arguably the Archdiocese of Boston, and within the oversight of Boston the Diocese of Springfield is known for a long history of very questionable behavior, as well as of having priests who are difficult. However, a new bishop for the Diocese has been appointed according to MassLive.

The Vatican announced today that Rev. William D. Byrne, a priest with the Archdiocese of Washington, D.C., has been named as the next bishop of the Roman Diocese of Springfield, succeeding the Most Rev. Mitchell T. Rozanski, who departed in June to lead the Archdiocese of St. Louis.

The announcement was made by Archbishop Christophe Pierre, U.S. papal nuncio, in Washington.

Byrne, 55, is the the 10th bishop in the history of the Springfield diocese.

He is scheduled to be introduced in Springfield with a press conference at 10 a.m. Wednesday in the Bishop John Marshall Center. After that, he will preach at the 12:10 Mass at St. Michael’s Cathedral. Both events will be carried live over the diocese’s website, www.diospringfield.org.

He will be installed as bishop on Dec. 14.

According to the announcement, Byrne, as a newly ordained priest, was first assigned to the Church of the Little Flower and the Shrine of St. Jude in Bethesda, Maryland.

For eight years he served as the chaplain to the University of Maryland.

He was named pastor of St. Peter’s on Capitol Hill, where he created a special ministry to Catholic members of Congress. (source)

I cannot go into too much detail, but I can speak to something from personal experience with people in the Church who work for her, as well as one person who is also currently a priest (and a very good one, as he and I have a long and good history as friends together). Likewise, I also cannot name sources, for the protection of their jobs as well as their work. However, I can say that it is not an exaggeration to say that this diocese is one of the most ‘sodomized’ of the dioceses in that approximately 75% of all priests in it are homosexuals with the exception of a handful of mostly new (i.e. ordained in the last ten years, of which my friend is part of this) priests, transfers from other dioceses, or foreign priests (such as from Eastern Europe or Africa) that make up the other 25%. My particular friend who went to seminary reported that his experiences in seminary were awful, and it took him three attempts to get through because he could not deal with the infiltration and issues involving matters related to sodomites.

However, this new bishop appointed to this diocese was well-regarded by another friend with like close ties to this diocese and concerns. In his own words, the Diocese of Springfield “is mostly dominated by Irish-American baby boomer priests whose are more loyal to the Kennedys than they are to the Magisterium”, and Fr. Byrne is “awesome and engaging priest” that is “able to connect with guys at different stages of their faith development” and who will “infuse Springfield with much-needed new blood,” and who he believes was intentionally appointed to Springfield in order to “reform its diocesan Curia”.

The state of the Church in Massachusetts is a disaster. However, the question is, will this new bishop be able to reverse the current, long-established, and problematic trends for better ones?

It will be something of interest to watch.