You are here: Home › San Francisco Moves To Allow People To Sue Over Racism In 911 Calls 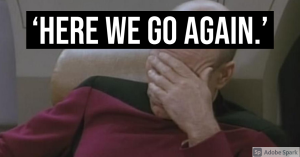 In times of racial tension, while justice is important, peace and healing is equally important. However, this does not seem to be happening, and instead, in the name of attempting to help people, sides are being polarized against each other. Such is the fear taking place right now as the AP reports where the city of San Francisco is moving to pass a law allowing people to file lawsuits for racism in 911 calls.

Fed up with white people calling 911 about people of color selling water bottles, barbecuing or otherwise going about their lives, San Francisco leaders unanimously approved hate crime legislation giving the targets of those calls the ability to sue the caller.

The Board of Supervisors voted Tuesday on the Caution Against Racial and Exploitative Non-Emergencies Act, also known as the CAREN legislation. It’s a nod to a popular meme using the name “Karen” to describe an entitled white woman whose actions stem from her privilege, such as using police to target people of color.

All 11 supervisors signed on to the legislation, guaranteeing its passage, despite criticism that the name is sexist and divisive. It comes amid a national reckoning on race sparked by the police killings of Black Americans and instances where white people called for officers to investigate people of color.

“We don’t want what happened to Emmett Till in 1955, or the long history of false accusations of black men and boys in this country, due to weaponizing law enforcement, to threaten, terrorize, and sometimes even kill them, to ever happen again,” said Supervisor Shamann Walton, who introduced the legislation and is Black.

“I really want to emphasize that 911 is not a customer service line for someone’s racist behavior,” he said.
Walton was the only supervisor to speak. Till was a Black teenager beaten to death in 1955 after accusations by a white woman who later admitted to lying.

In May, Amy Cooper, a white woman, called 911 from Manhattan’s Central Park, falsely claiming that a Black man — who had politely asked her to leash her dog — was threatening her. She has been charged with filing a false police report.

In San Francisco, a white couple was criticized on social media after video was widely shared of them questioning a Filipino American stenciling “Black Lives Matter” on a retaining wall in front of his home in June. They later called police.

James Juanillo said he chose yellow chalk to match the color of the house. When the couple approached him, they repeatedly demanded to know if it was his home because he was defacing private property.

“They tried to cast it as a criminal scene,” he said. “It was me calmly applying chalk, not spray paint, not in the middle of the night but very deliberately. The only thing that was missing was a pinot grigio.”

Supporters of the legislation say it is crushing to be confronted by police because someone saw you as a threat, possibly as a criminal or as not belonging. It’s especially terrifying for Black people, whose encounters with police could end in violence.

“This is not hyperbole,” said Brittni Chicuata, chief of staff for San Francisco’s Human Rights Commission. “This is an established pattern reflected in the disparate treatment of Black people and other people of color in our city and in our country.” (source)

It is true that people use racism at times when making emergency calls. However, what exactly is considered ‘racist’, and how will this law be applied? Already the tone of the AP makes it clear this seems to be directed at “white people”, but since racism knows no color, will it in practice be extended to all who claim it?

The trend towards polarization through increasingly direct, legal, and arguably violent tactics is a dangerous trend because while there will always be racial tension (since one lives in a world after original sin), many times laws such as this in the US do not actually help ease them, but become battering rams against other people for political or social reasons. Thus they have the effect of increasing racism rather than decreasing it, and with that all of the related problems.

People speak of Trump and racism, which he has used in his campaign to advance himself, but the trend for the future to watch is how racism as a whole- regardless of group -is used in the future or not for political gain, since it is already a noted trend and of which the shape it will be assumed into and the effects that it will have is yet to be seen, but ultimately will likely lead to internal conflict, whether generated as a direct result of that or not.

To summarize, its a strategy of tension that is ripping people apart and preparing for internal conflict, not necessarily on racial lines, but certainly on those of political factions, and likely will intensify over the decade.

At the very least, expect to see a trend of a lot fewer 911 calls, leaving people who need help victimized because people are afraid of losing their personal belonging on charges, real or not, of ‘racism’ levied against them.