You are here: Home › A Last “Hurrah” For Texas? 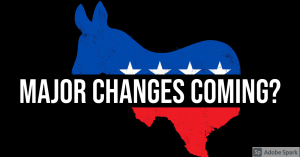 One of the important long-term trends I have noted at Shoebat.com is the changing of Texas from a swing state into a battleground state. This has largely been driven by migration, with the largest chunk of that migration coming internally from California to major cities, in what many are calling the “Californiazation” of Texas. Basically, California people created a mess in their state, so the fled to the next largest and most prosperous state and are making a mess of that one.

Of the three most population-heavy states in the US, Texas is the second and the most ‘reliably Republican’. California, the most populated, is firmly a ‘Democrat’ state, and Florida swings constantly.

According to the Financial Times, while it is likely that Texas will go to Trump, this may not be so in future elections, where the “Lone Star State” may become a battleground state.

Expectations for their party are rising. Joe Biden, the Democrat presidential candidate, is trailing Trump in Texas by just four points and has invested several million dollars there to boost his campaign and help other races.

Democrats are also raising record amounts of money, helping to return the Lone Star state to serious battleground status for the first time in years. The Ladjevardian-Crenshaw fight is the eighth most expensive congressional contest of the 435 races this November.

Republicans in the state take the threat seriously. Steve Munisteri, former head of the Texas Republican party, says: “We have to treat it like the largest competitive state in the union. Democrats are pouring a lot of money into the state, but Republicans are not.” Yet the former Trump White House official, who is advising Cornyn in his race, says the Republican National Committee is convinced that “Texas is pretty solid” for them, even if he thinks the president is only “slightly ahead”.

Such optimism stems from the fact that Democrats have long fared badly in Texas. The south-western state is critical due to its 38 electoral college votes — the second-highest after California — but no Democratic presidential candidate has won there since Jimmy Carter in 1976. It has not elected a Democratic senator since 1988 or governor since 1990.

Over the past two decades, Republicans have also held sway over the redistricting of congressional seats that follows each US census. This is partly due to their majority hold on the Texas House of Representatives since 2002, after more than a century of Democratic domination. In 2003 and 2013, Texas congressional districts were redrawn in a way that helped Republicans control a large majority of the state’s 36 congressional seats.

During 2018’s midterm elections, however, Democrats saw hopeful signs that they could become a force in Texas again. In a campaign that took the state by storm and catapulted him on to the national stage, Beto O’Rourke, a former El Paso lawmaker, came very close to ousting Ted Cruz, the former Republican presidential contender, in the Senate race. The energy that he helped create has continued, feeding on a growing sense of opposition to Trump over everything from the president’s handling of Covid-19 to his sowing of division over race.

But Democrats are most excited about the possibility that years of rapid demographic change could now return them to a strong foothold in Texas. That would energise the party and dramatically help fundraising. It would also increase the chances of future Democratic presidential candidates winning the state, a development with huge consequences for Republican prospects of taking the White House and one that could change American politics for a generation. (source)

If this trend does come to realization, it is going to mark a tremendous shift in the American political landscape that could entrench the Democrat party into politics for years to come.