You are here: Home › The Fed Really Is Running Out Of Ways To Help The Economy 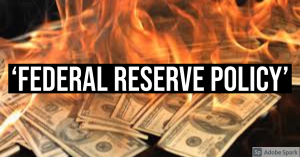 I have noted many times at Shoebat.com that the Federal Reserve bank has one way it runs policy- printing money -and because that is its only tool, it will print money until the money itself becomes worthless.

However, with all of the manipulation, tricks, and distortions the Fed can try, there are limits to their abilities. In the case of the current situation, the US is basically broke (no money) and her credit cards are maxed out, and she doesn’t really have access to more money at the moment.

This is where Congress and “stimulus” comes into effect. With the Federal Reserve Bank running out of ways to try and fake (because that is what it is) economic ‘growth’, CNBC reports they are asking for a continuation of the COVID bailouts, which is the direct financialization of the citizen itself through handouts in a massive extension of what began in 2007 with the TARP bailouts.

Federal Reserve officials continue to push Congress to provide more help to the U.S. economy, and with good reason: The central bank is running out of ways it can help.

Since key provisions have expired of the $2.2 trillion CARES Act lifeline that Congress extended in March, the Fed again has been relied on as the economy’s key support system. The Fed has kept policy extraordinarily loose, continuing to offer up its lending and market-boosting programs, and now resolving that it won’t raise short-term interest rates likely for years.

While no Fed official ever would acknowledge that monetary policy ammunition is running low, and in fact would insist to the contrary, there appear to be few weapons left in its arsenal.

“What they have left is really on the margin,” said Mark Zandi, chief economist at Moody’s Analytics.

“They just don’t have much room to maneuver with regard to monetary policy. I don’t really see what more they can do. That’s why they’ve been so explicit in telling fiscal policymakers to do more, because they know they can’t help.”

Indeed, Chairman Jerome Powell and other officials rarely miss an opportunity in their public remarks to egg on Congress for more aid. (source)

This is in my personal opinion the greatest argument for a Trump presidency.

The trends in the economy were in existence for decades. The question is when they would crash.

Based on my estimates, there is a serious chance of this happening in less than ten years. It would not be the fault of any president, but as with Hoover and the Great Depression, he who is in power would be blamed for any problems that ensued.

This is where Trump comes in- the man’s ‘business history’ is one of bankruptcy upon bankruptcy. Therefore, what makes more sense than to give Trump his biggest bankruptcy in history- the bankruptcy of the American Empire, and with it the credibility of the Republican party too?

After all, why else would the Democrats choose a very questionable candidate such as Biden to lead their party? Indeed, it serves there benefit long-term to lose, as with such a high chance of serious economic problems and an angry country, a national bankruptcy could allow for historically unprecedented shakeup of the political order that, like FDR throug Truman, could spell a= Democratic political winning streak to last for decades.

This is not just economic- it is inherently political.