You are here: Home › Will Pennsylvania Become What Florida Was In Election 2000? 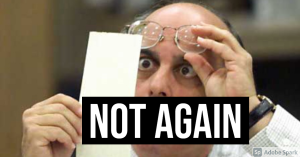 For those who remember, election 2000 was a nightmare in the state of Florida, where after much wrangling and talk of “dimpled chads”, “pregnant chads”, “tri-chads”, “hanging chads”, ballot recounts, and more legal wrangling, eventually was decided in favor of George W. Bush. There is an almost curious consistency to such thing that one might call it a ‘trend’ when considering the potentials for certain election cycles.

Two decades later, there are fears that the same may happen again, except this time with Pennsylvania emerging as the new possible battleground according to The Hour.

Both parties are increasingly focused on the pivotal – and potentially messy – role that Pennsylvania could play in deciding the outcome of the presidential race.

President Donald Trump’s campaign in recent days has redirected ad spending there from other northern battlegrounds, while Joe Biden’s campaign and supportive groups are increasing their spending in the state, which between its rolling rural expanses and major metropolitan hubs is seen as a classic political bellwether.

Both sides now see Pennsylvania, with 20 electoral college votes, as a must-win prize on the path to the 270 needed to win the White House, according to Democratic and Republican strategists. They also increasingly view the battle for those votes as one that could well continue beyond Election Day – with a growing list of balloting disputes and lawsuits setting the stage, if the race is close, for a contested election reminiscent of the Florida drama that transfixed the nation after the 2000 election.

Not only is Pennsylvania allowing anyone to vote by mail in a general election for the first time, but all the state’s polling places also have new voting machines, and the rules that govern the vote have been shifting in recent weeks, as the two parties in a state with divided government battle in the courts on multiple fronts.

“It’s pretty clear 25 days out that Pennsylvania will be the tipping point state,” said Bradley Beychok, president of American Bridge, a pro-Democratic group that has spent millions to help Biden and is reallocating from Michigan and Wisconsin. “We have moved most of our budget into Pennsylvania.” (source)

(Slavery Never Ended!) Militia Group Kidnaps 350 Migrants And Are Currently Hold 60 Of Them In Horrendous Condition
Why Was A Greek Orthodox Metropolitan In The US Suddenly Censured By The Patriarch?
Follow