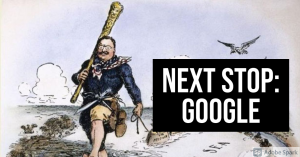 It is a pattern in American history to see the formation of large corporations that come to dominate entire sectors of economic life, viciously crusing any other smaller businesses or diversity in business and forming monopolies. This is the reason why, most notably under President Teddy Roosevelt, the government began the serious establishment of ‘antitrust’ laws, or laws meant to prevent monopolies from forming. Famous examples of government breakups under him include the fall of the JP Morgan held Northern Securities Division and the submission of US Steel to federal demands.

To start, the oldest antitrust law, passed in 1890, is the Sherman Act, which makes it illegal for competitors to form agreements with each other that limit competition. Examples of this include price-fixing, the aggressive hold on a monopoly. Its cousin is the Clayton Act of 1914, which established that mergers have to be approved by the government in order to prevent monopolies from forming this way. A host of smaller acts and government divisions such as Hepburn Act, the Pure Food and Drug Act, and later, the Food and Drug Administration were products of this period.

With the trend in American business to allow for the creation of ‘cornered’ markets, only to ‘un-corner’ them by federal force after popular angst has risen up too much against them, it is with great interest that according to the Wall Street Journal, the data behemoth Google is facing an antitrust lawsuit from the Federal government.

The Justice Department will file an antitrust lawsuit Tuesday alleging that Google engaged in anticompetitive conduct to preserve monopolies in search and search-advertising that form the cornerstones of its vast conglomerate, according to senior Justice officials.

The long-anticipated case, expected to be filed in a Washington, D.C., federal court, will mark the most aggressive U.S. legal challenge to a company’s dominance in the tech sector in more than two decades, with the potential to shake up Silicon Valley and beyond. Once a public darling, Google attracted considerable scrutiny over the past decade as it gained power but has avoided a true showdown with the government until now.

The department will allege that Google, a unit of Alphabet Inc., is maintaining its status as gatekeeper to the internet through an unlawful web of exclusionary and interlocking business agreements that shut out competitors, officials said. The government will allege that Google uses billions of dollars collected from advertisements on its platform to pay mobile-phone manufacturers, carriers and browsers, like Apple Inc.’s Safari, to maintain Google as their preset, default search engine.

The upshot is that Google has pole position in search on hundreds of millions of American devices, with little opportunity for any competitor to make inroads, the government will allege.

Justice officials said the lawsuit will also take aim at arrangements in which Google’s search application is preloaded, and can’t be deleted, on mobile phones running its popular Android operating system. The government will allege Google unlawfully prohibits competitors’ search applications from being preloaded on phones under revenue-sharing arrangements, they said.

Google owns or controls search distribution channels accounting for about 80% of search queries in the U.S., the officials said. That means Google’s competitors can’t get a meaningful number of search queries and build a scale needed to compete, leaving consumers with less choice and less innovation, and advertisers with less competitive prices, the lawsuit will allege.

Google didn’t immediately respond to a request for comment, but the company has said its competitive edge comes from offering a product that billions of people choose to use each day.

The Mountain View, Calif., company, sitting on a $120 billion cash hoard, is unlikely to shrink from a legal fight. The company has argued that it faces vigorous competition across its different operations and that its products and platforms help businesses small and large reach new customers.

Google’s defense against critics of all stripes has long been rooted in the fact that its services are largely offered to consumers at little or no cost, undercutting the traditional antitrust argument around potential price harms to those who use a product.

The lawsuit follows a Justice Department investigation that has stretched more than a year, and comes amid a broader examination of the handful of technology companies that play an outsize role in the U.S. economy and the daily lives of most Americans. (source)

Since Google holds such a strong ‘lock’ on control over the Internet, a breakup of Google could further provoke the current nationalist trends, since it could encourage the creation of ‘regional internets’ instead of a ‘global Internet’. This does not even begin to discuss the effects on commerce.

This is going to be a very important and interesting case to watch, because no matter what the outcome, it will affect the way people live through the information they receive for the whole world.